Meteorites, what are they really?

So exactly where in space do we mean?

The fun answer, that is technically accurate but not at all helpful, is: "Anywhere in the universe that isn't the Earth".

The slightly longer answer is: Meteorites are rocky and metalic minerals that are the "ejecta" of collisions between the asteroids, moons, and planets within our Solar System, that eventually impact the Earth. 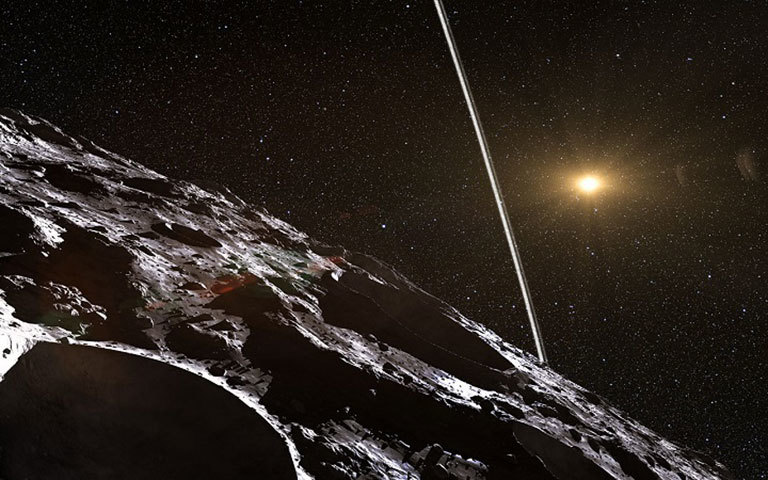 Meteorites are basically bits of rock orbiting the Sun, much like the Earth is. They could technically come from beyond the Solar System, but they don't. We have no evidence that the Earth has ever been hit by a rock from outside of the Solar System. While we have observed two extra-solar objects entering and exiting our Solar System, as far as we know an "extra-solar" meteorite has never been, and is not likely to ever be, found. Which, if we turn that around, means meteorites are basically; rocks we find on Earth that are not from Earth, but are from within our Solar System.

Meteorites can be pieces of asteroids that have collided with each other. A meteorite can sometimes be a rock that was ejected from one of our neighbor planets, though we have so far only found planetary meteorites from Mars. Meteorites can hypothetically also come from the moons of other planets, though as far as we know we haven't seen any of these yet. However, we have found many meteorites ejected from our own moon.

And yet, many meteorites come from unknown places within our Solar System. We give them names, we know what they are made of, fit them into the models, but where they come from we haven't a clue. Still others, manage to defy our best attempts to fit them into existing classification schemas. Schemas that are based on what we assume are well founded models of our Solar System's evolution. Sometimes these meteorites re-write the models. Mostly they just confound them, and remain oddballs. That said, they are all just still minerals. Well, mostly anyway.

Meteorites aren't always only the domain of geologists. There are a group of meteorites called "carbonaceous chondrites" that sometimes offer organic chemists something to do. A small subgroup of these carbonaceous chondrites come from asteroids that have water and organic molecules in them. The meteorites and presumably also the asteroids they come from, seem to have avoided being heated by the Sun and/or other heating processes.